Glyphosate is the active ingredient in the popular herbicide, Roundup. Glyphosate toxicity is a big deal and what you don’t know just might kill you! Many people routinely spray their lawns with this chemical totally unaware of the toxicity. In the United States, farmers are applying ever-increasing amounts to their crops before harvest. According to the World Health Organization, glyphosate is now declared a “probable carcinogen” which means it may cause cancer. The industry still asserts that it is totally safe for humans, however, one only needs to look at the data to know that is not true. Ignorance may be bliss but I believe we may be on the verge of one of the most toxic man-made environmental disasters in history… and unfortunately this chemical is persistent in both the environment and the human body and it is not easy to clean up. France’s highest court found Monsanto guilty of lying as far back as 2008 about the toxicity of its popular weedkiller, Roundup. “The court confirmed an earlier judgment that Monsanto had falsely advertised its herbicide as “biodegradable” and claimed it “left the soil clean” (Read more here)

According to an article in Nature published March 24, 2015:

Glyphosate is the world’s most widely produced herbicide, by volume. It is used extensively in agriculture and is also found in garden products in many countries. The chemical is an ingredient in Monsanto’s weedkiller product Roundup, and glyphosate has become more popular with the increasing market share of crops that are genetically engineered to be tolerant to the herbicide.

California recently became the first state to issue plans to list glyphosate as a chemical known to cause cancer according to EcoWatch.  This is big news and we need to pay attention.  The use of glyphosate has nearly doubled from 95 million pounds in 2001 to nearly 185million pounds in 2007, according to the latest released report from the EPA and who knows how much it’s increased sine 2007!  This is likely in part due to the increased usage of Round-up Ready genetically modified crops during that same time period.

Glyphosate has a large number of tumorigenic [cancer-causing] effects on biological systems, including direct damage to DNA in sensitive cells, disruption of glycine homeostasis, succinate dehydrogenase inhibition, chelation of [minerals such as] manganese, modification to more carcinogenic molecules, such as N-nitrosoglyphosate and glyoxylate, disruption of fructose metabolism, etc…

Sadly epidemiological evidence supports a strong correlation between the dramatic rise in use of glyphosate on crops and the multitude of cancers reaching epidemic proportions, such as breast, pancreatic, kidney, thyroid, bladder, and liver cancers.

In perhaps the most ironic twist of all, glyphosate has proven highly toxic to the basic phase one detoxification of the liver, the cytochrome pathways. I find it incredibly alarming that one of the most toxic chemicals known to mankind also exerts its influence by impairing human detoxification. Did you get that!? A toxic chemical that makes it harder to detox… what nonsense! 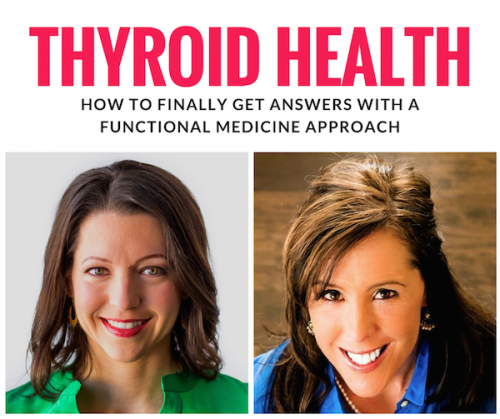 Here is an excerpt from Entropy 2013, Glyphosate’s Suppression of Cytochrome P450 enzymes and amino acid biosynthesis by the gut microbe:

Glyphosate’s inhibition of cytochrome P450 (CYP) enzymes is an overlooked component of its toxicity to mammals. CYP enzymes play crucial roles in biology, one of which is to detoxify xenobiotics. Thus, glyphosate enhances the damaging effects of other food borne chemical residues and environmental toxins. Negative impact on the body is insidious and manifests slowly over time as inflammation damages cellular systems throughout the body.

Glyphosate may trigger autoimmunity, such as celiac disease by the following mechanisms:

In addition to celiac disease, researchers now believe that glyphosate may be linked to the following diseases:

Glyphosate is also toxic to our gut microbiome

Glyphosate is toxic to many of our beneficial gut microbes. It may preferentially kill off species, like lactobacillus while leaving potential pathogens, like clostridia to run wild. Glyphosate also chelates essential minerals, such as manganese, iron, cobalt, molybdenum, and copper so that the gut microbes do not have access to them. This leads to chronic inflammatory states in the gut as well as increased intestinal permeability, a mechanism at the core of many chronic illnesses, including inflammatory bowel disease, depression, and autoimmunity.

Residues of glyphosate are commonly found in the most common foods in the American Diet, including

Nearly one billion pounds of glyphosate are doused on both conventional and genetically modified crops worldwide each year but GMO crops receive the largest amounts. Processed foods undoubtedly expose you to this toxic contamination, courtesy of wheat, corn, soy and the vegetable oil used. And the meats from conventionally raised animals in confined feed lots are given fed that most likely contains glyphosate-laden corn and soy.

And finally… it gets personal

You may know that I grew up on a farm in Central Illinois. My Dad and brothers still farm corn and soybeans there and I couldn’t be more proud that they have recently switched over to non-GMO versions of these crops. My brothers have started a few fields of organic crops as well. Due to my own history of breast cancer and Crohn’s disease, I have followed a 100% organic diet for at least the past 10-15 years.

Recently I realized just how pervasive this glyphosate exposure is in our environment when I sent out my urine to test my own glyphosate level. I was shocked to get the results back (below) showing that my level was higher than the “Farmer” study, which tested farmworkers on application day! This made me realize how pervasive this dangerous chemical is in our environment and how important it is to remain vigilant to decrease exposure and work to get it banned. I am currently working hard on detoxing this chemical from my body and will keep you posted when I do repeat testing. 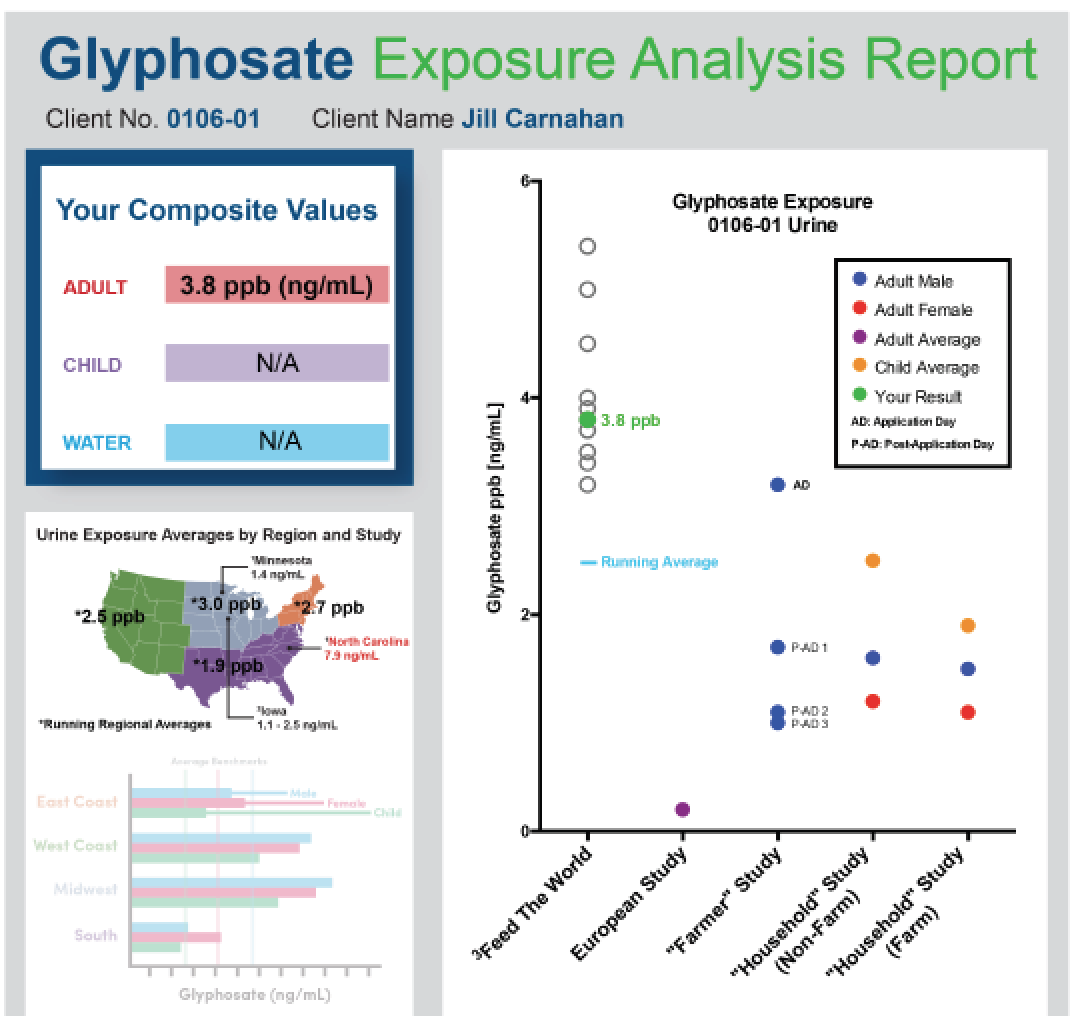 The most important thing to realize is that you cannot wash glyphosate off food since it is incorporated into each cell of the plant.

Here are some tips to keep your diet free of glyphosate:

So go to it…  It’s worth every penny to grown your own food or buy organic and begin to detox your body of this dangerous chemical!

Dr. Jill Carnahan emphasizes an integrative holistic approach to wellness using both conventional medicine and evidence-based complementary therapies. This medicine that takes account of the whole person (body, mind, and spirit), including all aspects of lifestyle. She emphasizes the therapeutic relationship between physician and patient and seeks to give her patients a full range of healing options with an emphasis on healthy living, nutrition, and disease prevention. Check out her website JillCarnahan.com and follower her on Twitter and Facebook.

How many of you have most of these symptoms? Let us hear your story. You may just help someone else who is facing similar issues.