Treatment: Medications = Synthetic vs. Natural, Natural Remedies to help heal or reverse symptoms and necessary Vitamins, Minerals and Supplements, to give your body what it needs to regain and maintain balance and strength.

Treatments for thyroid disorders rely mainly on medicines and surgery. Your doctor will make an evaluation based on your particular thyroid condition as well as your age, general health and medical history. Treatment may involve medication, radioactive iodine treatment, or surgery, or a combination of these. As well as medications and supplements for vitamin and mineral deficiencies.

Medications for Thyroid Treatment vary. Here are 2 of the biggest topics when it comes to treating your thyroid from STTM. (Click the picture to order Janie’s book, for resourceful information. I did!)

There are several different types of Medications listed below:

Levothyroxine is a replacement for a hormone normally produced by your thyroid gland to regulate the body’s energy and metabolism. Levothyroxine is given when the thyroid does not produce enough of this hormone on its own. It treats hypothyroidism (low thyroid hormone). It is also used to treat or prevent goiter (enlarged thyroid gland), which can be caused by hormone imbalances, radiation treatment, surgery, or cancer.

Synthroid is a BRAND name for the generic, Levothyroxine or L-thyroxine. It is a synthetic thyroid hormone that is chemically identical to thyroxine (T4), which is naturally secreted by the follicular cells of the thyroid gland. It is used to treat thyroid hormone deficiency, and occasionally to prevent the recurrence of thyroid cancer. Like its naturally secreted counterpart, levothyroxine is a chiral compound in the L-form. The related drug dextrothyroxine (D-thyroxine) was used in the past as a treatment for hypercholesterolemia (elevated cholesterol levels) but was withdrawn due to cardiac side effects. (levothyroxine sodium tablets, USP) contain synthetic crystalline L-3,3′,5,5′-tetraiodothyronine sodium salt [levothyroxine (T4) sodium]. Synthetic T4 is identical to that produced in the human thyroid gland. Levothyroxine (T4) sodium has an empirical formula of C15H10I4N NaO4• H2O, molecular weight of 798.86 g/mol (anhydrous), and structural formula.[1]

The earliest oral treatment for hypothyroidism consisted of thyroid extract. George Redmayne Murray of the United Kingdom first described treatment of myxedema with thyroid extract in 1891, and published a description of long-term successful treatment (28 years) of a patient with myxedema (severe hypothyroidism) in 1920[21] His treatment was quickly adopted in North America and Europe. The first recorded American use dates to 1891 by a woman who was still taking it 52 years later at 84 years of age [22]

Desiccated thyroid extract is prepared from pig thyroid glands. The glands are dried (desiccated), ground to powder, combined with binder chemicals, and pressed into pills. This was a new use for parts that were previously unwanted slaughterhouse offal, and Armour and Company, the dominant American meatpacker in the 20th century, supplied the best-known brand of thyroid extract.

Refers to porcine or bovine thyroid glands, dried and powdered for therapeutic use.[1A] Animal extract thyroid preparations were developed in the late 19th century, and are still in use today for the treatment of hypothyroidism. This product is sometimes referred to as “natural thyroid”, “natural thyroid hormones”, “pork thyroid”, thyroid USP, thyroid BP, or by the name of a commercial brand, such as “Armour Thyroid” or “Nature-Throid” & “Westhroid”.[2]

Desiccated thyroid has been described in the United States Pharmacopoeia for nearly a century as the cleaned, dried, and powdered thyroid gland previously deprived of connective tissue and fat… obtained from domesticated animals that are used for food by man (USP XVI).[3] In the last few decades, pork alone is the usual source. Before modern assays, the potency was specified only by iodine content (“not less than 0.17% and not more than 0.23%”), rather than hormonal content or activity.[4] 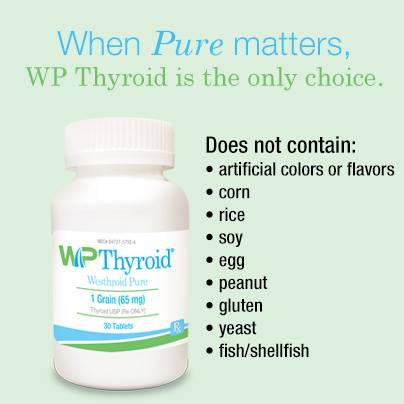 If the conversion of T4 to T3 does not happen, or happens at a diminished rate, a hypothyroid person will not receive the benefits from a T4 hormone replacement alone as they may still be deficient in T3. WP Thyroid is the purest treatment for hypothyroidism and replaces both T4 and T3 hormones.

What can YOU do, to take back control over your health?
(see also, Non-Medical Thyroid Consult)

Because Hashimoto’s thyroiditis can result in reduced digestive capabilities, it is a good idea to support digestion with enzymes, HCl, and probiotics when necessary, and to supplement with extra quantities of the nutrients most often found lacking with this condition. 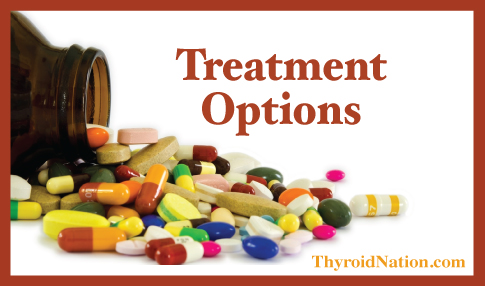 *Always consult with your primary care physician before starting any prescription, vitamin or supplement routine.