11 Everyday Toxins That Are Harming Your Thyroid

Millions of people struggle with low thyroid symptoms, and millions more experience the symptoms of a low thyroid only to have their labs come back negative. They’re told they are “normal,” and are left with no answers. Symptoms like anxiety, irritability, depression, brain fog, weight gain and fatigue can debilitate lives for decades. One major underlying factor that isn’t being addressed in the standard model of care is toxins.

Whether they’re synthetic or natural in nature, toxins are a piece of the complex thyroid puzzle. Here are 11 offenders that may be affecting your thyroid function:

Almost all of us have perchlorates in our bodies, according to the CDC. Perchlorate is a byproduct of the manufacturing of rocket and jet fuel, car air bags and fireworks. This toxin leaks into much of our drinking water and food supply. The CDC study found widespread perchlorate human exposure, and a connection between perchlorate levels and thyroid hormone levels. Perchlorate prevents the production of thyroid hormone, which can lead to low thyroid symptoms. One study found babies born with elevated levels of thyroid-stimulating hormone may have been affected by small amounts of perchlorate in their mother’s drinking water. These studies, and the work of the Environmental Working Group, show that not only is perchlorate exposure pervasive, but that even low levels of perchlorate exposure can have negative health effects on the thyroid.

Polychlorinated biphenyls (PCBs) are industrial chemicals that were banned in the 1970s but are still detected in our environment today. PCBs have been shown increase thyroid dysfunction, and, by increasing the level of thyroid-stimulating hormone, can make your body resistant to the thyroid hormone, similar to the insulin resistance seen in type II diabetes. They also can affect the liver enzymes that regulate the conversion of your thyroid hormone so it can be available to use in your body. 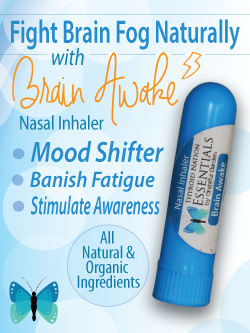 Both PCBs and dioxins are known to have disruptive effects on the endocrine system, and a dioxin is the primary toxic component of Agent Orange. I have seen many patients who served in Vietnam, and they have linked their current thyroid problems to Agent Orange.

Phytoestrogens in soy proteins have been found to inhibit thyroid peroxidase. Soy is able to disrupt normal thyroid function by inhibiting the body’s ability to use iodine, blocking the process by which iodine becomes the thyroid hormones, inhibiting the secretion of thyroid hormone, and disrupting the peripheral conversion of T4 to T3. Researchers have also found that infants fed soy formula had a prolonged increase in their thyroid-stimulating hormone (TSH) levels, compared to infants fed non-soy formulas. Soy is also commonly a genetically modified food (GMO), which adds another variable to consider.

One study found that women married to men who used pesticides in their daily work were at a much higher risk of developing thyroid problems than other women. Another study warns that about 60 percent of pesticides used today may affect the thyroid gland’s production of hormones. Many antifungals and weed killers used on produce have been shown to decrease thyroid function and increase weight-loss resistance.

Flame retardants, or polybrominated diphenyl ethers (PBDEs), have been found in several studies to disturb thyroid function. Flame-retardant chemicals are found in television and computer screens, as well as in the foam used for furniture and carpeting padding. PBDEs are also found in many Americans, and are linked to behavioral and developmental problems.

Beyond an environmental concern, plastics can also be hazardous to your body’s environment. Antimony, a chemical that leaches from plastic bottles, is one concern. Researchers at the University of Copenhagen found antimony levels in fruit drinks and juices in plastic bottles at levels 2.5 times higher than what’s considered safe in tap water! Phthalates in some plastics have been shown to decrease thyroid function. Bisphenol A (BPA) — also used in plastics, food can coatings, and dental sealants —decreases thyroid receptor site sensitivity, causing thyroid resistance, similar to PCBs.

One study found that perfluorooctanoic acid (PFOA), a chemical used to make Teflon, food wrappers, and other products, can affect thyroid function even at moderate levels of exposure. A study in Environmental Health Perspectives found that higher concentrations of PFOA are associated with the thyroid conditions that are seen today.

Fluoride and chloride exposure can lead to a decrease of iodine transport and block the conversion of the T4 to T3, which is the active form of your thyroid hormone. Fluoride was found to suppress thyroid function, and the dose needed to reduce thyroid function was low, 2 to 5 mg per day. You can absorb these halogens through your food, water, medications and the environment. Because they’re similar to iodine, they can occupy your iodine receptors, making the body’s iodine levels unusable.

Mercury, lead and aluminum can all trigger antibodies, which in turn lead to autoimmune thyroid conditions such as the Grave’s and Hashimoto’s disease. This is not acute poisoning that I am referring to, which would show up on a conventional blood test. I’m referring to a chronic heavy metal toxicity which can only be accurately shown with a urine test using a chelating agent. The chelator will pull the metals from your cells where it has leached, so it can actually be measured on the test.

Triclosan is an antibacterial chemical added to soaps, lotions and toothpastes. Although some research has shown small amounts to be safe, there’s evidence that triclosan is an endocrine disruptor and impacts thyroid function. One recent study found that triclosan had an effect on thyroid hormones, and another showed that triclosan interacted with androgen and estrogen hormone receptors.

Conclusion about Toxins in everyday use:

Remember, every person is uniquely complex. Everyone has his own genetic tolerance for toxins like these. Think of your genetic tolerance as an empty bucket, and these toxins are filling up the bucket. Some people’s buckets are smaller than those of others, and therefore fill up faster. Some people can be exposed to all of these toxins and show no noticeable effects from them. This is not a simple “one size fits all” solution.

I don’t want you to feel defeated when reading this article. It’s easy to say, “I’m doomed,” but be encouraged, because knowledge is power. You can make informed decisions to decrease the level of stress your thyroid is up against. You can also investigate these underlying issues and address them head on. And lastly, remember, your body is amazingly resilient. It wants to heal. I coach people all around the world who suffer from seemingly insurmountable health problems, and I’ve seen them completely restore their health when we address these underlying components. 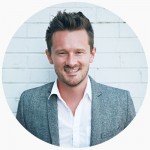 Dr. William Cole, DC, graduated from Southern California University of Health Sciences in Los Angeles, California. He has his post doctorate education and training in Functional Medicine and Clinical Nutrition. Dr. Cole consults in the Pittsburgh area and phone or webcam consultations for people around the world. He specializes in clinically investigating underlying factors and customizing health programs for chronic conditions such as thyroid issues, autoimmune, hormonal dysfunctions, digestive disorders, diabetes, heart disease and fibromyalgia. Visit Drwillcole.com for more information and subscribe to his free monthly Future Health Newsletter to stay plugged in with healthy tips and recipes.

Questions or anything to add about toxins?  We want your thoughts in the comments section–Please!