Congenital Hypothyroidism and Fukushima Fallout in the US 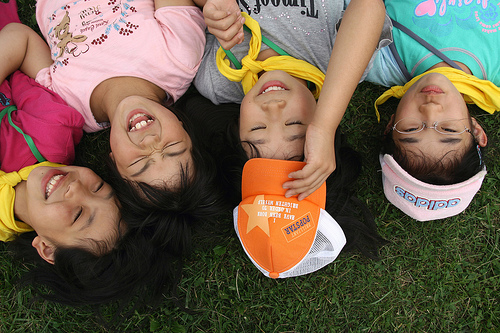 A new study finds congenital hypothyroidism in the US rising 28 % in the two and a half months after the arrival of the Fukushima fallout of radioactive iodine (I-131) [1]. Researchers and authors Joe Mangano and Janette Sherman from the Radiation and Public Health Project [2] have done a thorough job based on data from the US government.

The new born in developed countries have been routinely screened for congenital hypothyroidism (CH) since the 1960s in a simple blood spot test. CH results in stunted growth, lowered intelligence, deafness, and neurological defects, but can be effectively treated if detected early. Increased incidence of CH has been found over the past decades in US, Australia, Italy, UK and Greece. In the US, the rate increased 75.3 % from 1987 to 2002 [1]. One potential risk factor is prenatal exposure to radioactive iodine isotopes, which home in on the susceptible foetal thyroid gland and kill the cells. The thyroid is the first gland to develop in the human embryo and begins concentrating iodine to produce thyroid hormones by the 70th day of gestation. In the mid-1950s during the period of atmospheric nuclear weapons tests, I-131 produced by fission was detected in the adult human thyroid. But I-131 concentrations were about 10 times as high in the human foetal thyroid as in the human adult or pig thyroid, and maximum increases in foetal thyroids were detected approximately one month after nuclear explosions [3]. The main exposure path is via dairy products from radioactive fallout deposition on forage.

In the five areas closest to the Chernobyl nuclear meltdown, the highest prevalence of hypothyroidism in children was found in Gomel, the area most heavily exposed. An examination of 160 000 local children exposed to the Chernobyl fallout before age ten found a link with I-131 exposure and risk of juvenile hypothyroidism (reviewed in [1] ). In Pennsylvania USA, the site of the March 1979 partial meltdown at the Three Mile Island nuclear power plant, 9 to 20 cases of CH were found in the downwind eastern area during the 9 month period before and after the event, compared with 8 to 7 cases in the upwind western area. The peak of I-131 from the Chernobyl fallout in May 1986 within the US was three times greater in northwest states than in southeast states, and the 1984-5 vs 1986-7 change in CH rates  was correspondingly +23.3 % in the northwest and -1.0% in the southeast. I-131 exposure due to releases from the Hanford US nuclear weapons installation was associated with a significantly increased number of preterm births, which are linked to risk of CH, although the CH rate closest to the Savannah River (US) nuclear weapons plant was not found to be elevated.

More recently, CH rates of four counties closest to the Indian Point New York nuclear plant are about twice that of the country as a whole, and especially high in the most recent period available; the 1979-1993 total airborne I-131 and particulates released by Indian Point was the 5th greatest of 72 nuclear plants.

The plume of radioactivity released by the Fukushima meltdown arrived in the air above the US west coast states on March 15, only 4 days after the start of meltdown. US EPA (Environment Protection Agency) measurements of I-131 in air, water and milk were relatively few in number. Most I-131 readings were taken from precipitation: 77 reported from 22 March to 12 April 2011. Detectable levels of I-131 in precipitation largely disappeared after that.  The 77 measurements cover 30 sites, only 7 of them gave undetectable readings after Fukushima, the rest varied from just above zero to >100 pico Curie/L (1 Curie =  37 x 109 becquerels, 1 becquerel is one disintegration per second, and 1 picoC = 0.037 Bq), with 18 at 40 pCi/L or higher, at least 20 times above normal. The greatest concentrations were detected in Boise Idaho (242, 394, and 422) i.e., 121-211 times above normal. Boise is in northwest US, but the highest ten measurements included the East Coast cities of Jacksonville Florida (148) and Boston Massachusetts (92). These data support the conclusion that I-131 from Fukushima was deposited across the entire nation.

I-131 was measured in kelp on the California coast on 20 April 2011. The highest levels in the dry seaweed were found in Orange County in southern California, 250 times greater than before the accident, Santa Cruz in Northern California 100 times greater and Los Angeles County, 60 times greater. In New Hampshire close to the Atlantic coast, during the period March-May 2011, I-131 doubled from previous periods.

The National Geological Survey conducted a national study on concentrations of wet depositions of fission isotopes in soil across the US between 15 March and 5 April 2011. Results showed that the highest depositions of I-131 in Bq/ m3 occurred in northwest Oregon (5 100), central California (1 610), northern Colorado (833), coastal California (211), and western Washington (60.4). No other station recorded concentrations above 13. Similar results were found for radioactive caesium Cs134 and Cs-137.

For the study, airborne total beta radiation was compared between the most contaminated five Pacific and West Coast States – Alaska, California, Hawaii, Oregon, and Washington – and the rest of the nation. The source of data is the US EPA’s twice-weekly measurements in nearly 100 US locations, creating a large sample of hundreds of measurements in the weeks after the Fukushima fallout arrived.

The other principal component in the dose response comparison is CH incidence. Each of the 50 US states maintains new born screening programme results, including CH cases. Because only annual data are made easily available on the internet, Mangano and Sherman conducted a telephone survey of states, requesting monthly numbers of CH cases for each month in 2010 and 2011, according to the date of the baby’s birth. Cases from births of 1-16 Mar and 17-31 March were separated to define the period after the arrival of Fukushima fallout in the US. Only confirmed primary CH cases were included, i.e., those testing positive for the condition and require therapeutic intervention to avoid adverse health effects. Transient or secondary CH cases are not recorded by all states.

A review of US EPA data measuring airborne levels of gross beta radiation was conducted to compare 2010 and 2011 levels. The EPA uses air filters to measure aerosols at points close to ground level, typically about twice a week for 69 US sites. At the time of the analysis, data were only available up to 4 October 2011, so results for the periods 1 January to 4 October were compared for 2010 and 2011. Beta measurements include a variety of radioisotopes, I-131 among them, so total beta is a proxy for relative exposure to the thyroid gland. The largest amounts of radioactive fallout in the US environment from Fukushima occurred in late March and all of April 2011, before declining to levels typically recorded in 2010. Thus, the 2010-2011 comparisons were made for two periods. The first was 15 March – 30 April, and the second was the remainder of the period 1Jan – 14 March plus 1 May – 4 October.

To identify the exposed populations, 18 EPA stations in the five Pacific/West coast states were selected for which at least 20 total beta measurements were made during both 2010 and 2011. Many stations had considerably more measurements, and thus a total of 1 043 and 1 083 measurements were used in the two years for the 18 stations.

A control group included the rest of the US: 31 sites were selected representing a wide geographic diversity. These sites recorded 59 to 70 airborne beta measurements each year for the period 1 January – 4 October. In all 2 211 and 2 057 measurements were included in each respective year.  The change in airborne total beta concentrations during the different periods are summarized in Table 1.

All US new born diagnosed with primary CH between 17 March and 31 December 2011 were exposed in utero to radioactive fallout from the Fukushima meltdowns. Data were obtained via phone calls for 41 of 50 states, representing 87 % of all US births. Included in the 41 states were all five Pacific/West Coast States. The results are given in Table 2.

Mangano and Sherman stress that the findings should be regarded as preliminary, and require confirmation and expansion, including long-term follow-up of infants and other children. CH is only one indicator for the health impacts of the Fukushima fallout. Other indicators of fetal/infant health include fetal deaths, premature births, low weight births, neonatal deaths, infant deaths and birth defects; and those should also be monitored. While any adverse impacts would be expected to affect first the most susceptible fetus and infant, changes in the health status of older children and adults may also occur.

Sure enough, thyroid cancer among the young has shot up in Fukushima, and scores of US sailors exposed while performing rescue work near Fukushima in March 2011 have been diagnosed with thyroid cancer, testicular cancer, leukaemia, and other illnesses [4] (Fukushima Crisis Goes Global, SiS 61).

**This article originally featured on ISIS.com**

HELP THYROID NATION CREATE AWARENESS FOR THYROID DISEASE BY SHARING THE LINKS BELOW….