Hypothyroidism is a remarkably common health issue today. Essentially there are numerous types of thyroid issues that can arise, and they are not all the same. For example, autoimmune thyroiditis (called Hashimoto’s) is not necessarily the same problem as a non-autoimmune functionally low thyroid state. Even though the conventional medical treatment for both is the same, in actuality they are very different. Holistic nutritional therapies offer a tremendous advantage over conventional approaches to thyroid problems, because they tend to address the multi-factorial convergence of factors influencing thyroid health. This is juxtaposed against a medical approach that essentially throws a thyroid drug at all who have low thyroid problems, without considering the different etiologies, and factors at play.

The low T4 to T3 conversion is one such factor. The most metabolically active form of thyroid hormone is known as T3 (triiodothyronine). T3 is made from a “prohormone” known as T4 (thyroxine). An exceedingly common problem is sufficient T4 production by the thyroid, but insufficient T3. A person may have an ideal TSH (thyroid stimulating hormone), an ideal T4 level, but a dramatically lowered T3. These people often have major symptoms of hypothyroidism, including:

It should be pointed out that a low T4 to T3 conversion is not a thyroid problem per se. The thyroid is producing adequate T4, and the pituitary is correctly releasing TSH to stimulate T4 production by the thyroid gland. While its true that feedback mechanisms control how much of which hormones are being released, a low T4 to T3 conversion is likely being caused by other factors apart from the HPT axis hormone system. Deiodinase is the enzyme group that is responsible for converting T4 into metabolically active T3. There are 3 deiodinases: D1, D2 and D3. Most of the “deiodination” occurs in the liver, kidney and thyroid gland. A lot has been said for the role of the trace minerals zinc and selenium with regards to T4 to T3 conversion. However, supplementing with these nutrients don’t usually produce any noticeable affect on the conversion of T4 into T3. One of the major factors influencing the T4 to T3 conversion has been shown to be the antioxidant Glutathione (1, 2). Glutathione is one of the most powerful antioxidants inside of the human body. Its ability to quench numerous free radicals is well documented, as well as its ability to detoxify numerous toxic metals, chemicals, xenobiotics and carcinogens. Depletion of glutathione may be due to numerous factors, including increases in oxidative stress and cellular toxicity. It is critical to point out that glutathione is a “redox” molecule. Being a redox molecule means that it undergoes a cycle of “oxidation” and “reduction”. When glutathione (GSH) gets “used up”, it looses its electrons and becomes glutathione disulfide (GSSH). It can regain electrons, and be converted back into a “reusable” form, but ONLY in the presence of an electron donor. The primary electron donor  is NADPH (nicotinamide adenine dinucleotide phosphate). A person who has a high level of oxidized, used up glutathione and a low level of reduced, usable glutathione is someone who has a good deal of cellular toxicity and oxidative stress. Remarkably, there is a body of research that has found a direct correlation between improved T4 to T3 conversion with the use of NADPH as well as Glutathione (3, 4). The Researchers Sato, Maruyama, and Nomura postulated that: “It is possible that T4 5′-deiodinase may be one of the NADPH-dependent enzymes.” If this trail of research is correct, this is rather remarkable, and has far-reaching implications for those suffering from a low T4 to T3 conversion. Specifically this evidence indicates that the major problem with the T4 to T3 conversion is oxidative stress, and depletion of vital antioxidant systems such as glutathione.

How Can I Make NADPH And Glutathione?

Glutathione is a tri-peptide, consisting of 3 amino acids: glutamine, glycine and cysteine. It is made via sulfuration reactions, and most of the glutathione in the body is in the liver. By improving methylation cycle function, its possible to improve the synthesis of glutathione. The sulfur-containing amino acid cysteine is a very important constituent of the glutathione molecule. Cysteine is made from cystathionine and homocysteine. Vitamin B-6 and the amino acid L-serine participate in the activation of the sulfuration pathway. Hence B-6’s importance in glutathione formation. B-6 also is critical to activate the gamma glutamyl cycle (via the GGT enzyme), a pathway that brings cysteine, glycine and glutamine together in the cytoplasm of cells to form glutathione.

The following nutrients are critical for increasing glutathione synthesis: 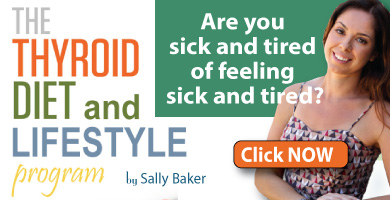 60% of NADPH is generated in a pathway known as the “pentose phosphate pathway”. This pathway is also responsible for generating the 5-carbon sugar Ribose, which is used to synthesize DNA. The major nutrient promoter in the pentose phosphate pathway is Vitamin B-1, thiamine. Thiamine deficiency has been pegged as a major culprit in varying states of oxidative stress, including encephalopathy and lipid peroxidation (5). 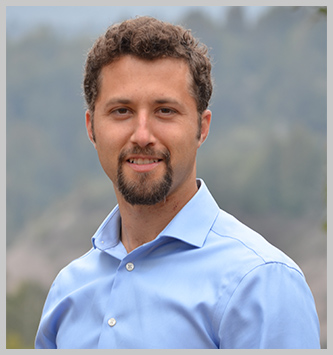 Michael McEvoy is a Functional Diagnostic Nutrition Practitioner (FDN) through the Functional Diagnostic Nutrition Institute. Michael is a Certified Nutritional Consultant (CNC) through the American Association of Nutritional Consultants. Michael began studying nutrition in-depth in 2003 after having returned from a trip to India and becoming very ill. He used all the available knowledge of self-healing, which was imparted to him by local holistic health practitioners living in his hometown of Chicago, Il. Within months he regained his health. Michael began to pursue intensive gut healing, radical dietary shifts, and an increased intensity of his yoga practice. His serious nutrition work began when studying nutrition and microscopy with long-time nutritionist James Jordan, CNC, JD. Michael was also trained in Hair Tissue Mineral Analysis by one of the world’s foremost authorities on Hair Analysis, Lawrence Wilson, MD. Michael began a long-term apprenticeship with Chicago-based nutritionist, Jim Marlowe, by whom he was initially trained in Metabolic Type Nutrition and blood chemistry interpretation. Get more Metabolic Healing info on Facebook and Youtube, and click here for the original article.

Questions or anything to add about the conversion of T4 to T3? We want your thoughts, please. You might just help someone else in need.