How Brain Health Determines The Progression Of Your Hashimoto’s Hypothyroidism

In addition to inflammation, long-standing hypothyroidism leads to other mechanisms that wreak havoc on the brain, such as poor circulation, blood sugar fluctuations, hormone imbalances, gluten sensitivity, and leaky gut, just to name a few.

The worst outcome of this situation is the development of Hashimoto’s Encephalopathy (HE), which causes acute brain inflammation that leads to seizures, personality changes, loss of cognition, loss of speech, and delirium.

However, in many cases things do not progress that far. Instead, the reactions are subtle, causing increasingly progressed brain inflammation and degeneration without it ever advancing to acute HE.

How Hashimoto’s hypothyroidism can lead to brain degeneration

Here are factors that can lead to accelerated brain degeneration if you have Hashimoto’s hypothyroidism:

The answer is simple. If thyroid replacement immediately made the symptoms go away, then it was most likely caused by lack of thyroid hormones. On the other hand, if you continue to have these symptoms despite being on thyroid hormone replacement with normal thyroid lab results, it is likely your brain health that is causing them.

In my private practice I have seen a wide spectrum of Hashimoto’s disease. I have seen those in the early phase who have abnormal lab tests but no symptoms, and I have seen those so devastated from this disease they are confined to theirs beds and wheelchairs.

The biggest factor that determines the progression of Hashimoto’s is the intensity of the autoimmune response. But second to that is the health of the brain. That’s right — brain health is the second biggest factor in determining how functional a person with Hashimoto’s will be. 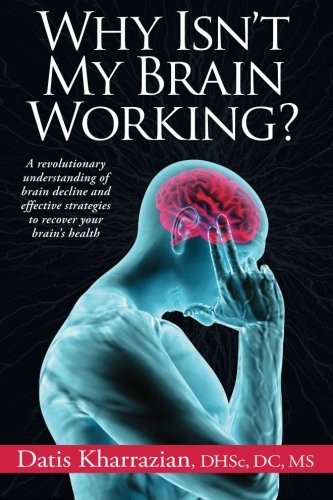 autoimmune diet, changing their lifestyle, and taking different supplements. However, their fatigue, depression, and brain fog persists. Their labs may look better, but they are still struggling because their brain health was overlooked.

This motivated me to learn how to help my patients with brain dysfunction. After years of clinical investigation, I released my second book called, Why Isn’t My Brain Working? to share what I learned. The book has received many positive testimonials, but I also received feedback that it was difficult to know how to begin implementing the information. Readers did not know where to start, especially if their brain function was very compromised, and many couldn’t find a practitioner who knew how to help them. They needed a plan with organized steps to help them.

This is why I created the One-to-One program, Banish Brain Fog: The Six Week Brain Rescue Plan

Learn how to take care of your brain health in new online course.

Each week I’ll walk you through the same steps I walk my patients through, in order of what to address first. I’ve made the video chapters short and easy to understand, and included workbook material to help guide you along.

The course starts April 11, 2016, so signups end very soon. During the course I will give live webinars and answer the most popular reader questions. If you miss the live webinar, not to worry, as a member you can listen to it whenever you want, including on your phone.

Dr. Datis Kharrazian, DHSc, DC, MS, MNeuroSci, FAACP, DACBN, DABCN, DIBAK, CNS is considered one of the leading experts in non-pharmaceutical applications to chronic illnesses, autoimmune disorders, and complex neurological disorders. Patients from all over the world fly into his practice located in San Diego, California to understand his perspective regarding their condition and to apply natural medicine alternatives to help them improve their quality of life. Dr. Kharrazian has become the referral source for many doctors nationally and internationally when their cases becomes too complex to evaluate and diagnose. Dr. Kharrazian’s first book, Why Do I Still Have Thyroid Symptoms When My Lab Tests Are Normal? quickly became the best-selling thyroid book.  It has been listed as the number-one selling thyroid book on Amazon since its release in October of 2009. Dr. Kharrazian earned his Bachelor of Science degree from the University of the State of New York with honors and his Doctor of Chiropractic degree graduating with honors from Southern California University of Health Sciences, where he was distinguished with the Mindlin Honors at Entrance Award, the Dean’s List, and the Delta Sigma Award for Academic Excellence. He has earned a Master of Science degree in Human Nutrition from the University of Bridgeport, a Master of Neurological Sciences from the Carrick Institute of Graduate Studies, and a Doctor of Health Science from Nova Southeastern University. He is currently completing his Ph.D. in health sciences with doctoral research in immunology at Nova Southeastern University.

Questions or anything to add about Brain Fog and Inflammation? We want your thoughts–Please! Your comments might helps someone else in need.