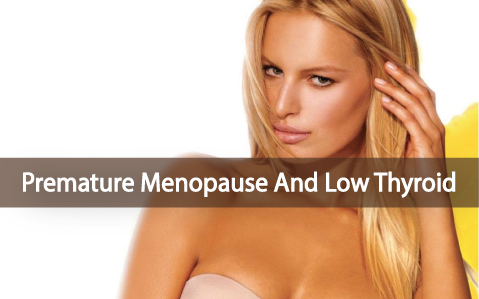 Kurkova, now 27, discussed the maladies linked to her malfunctioning thyroid gland during a panel discussion on models’ health and eating disorders sponsored by the Council of Fashion Designers of America.

“I was 24 and going through menopause — that was one of my side effects,” Kurkova explained Tuesday. “I thought I was going crazy. I was having panic attacks every minute and I didn’t know what was happening, because I’ve been a healthy person. I’ve exercised all my life. I’ve always eaten well and taken care of myself.” 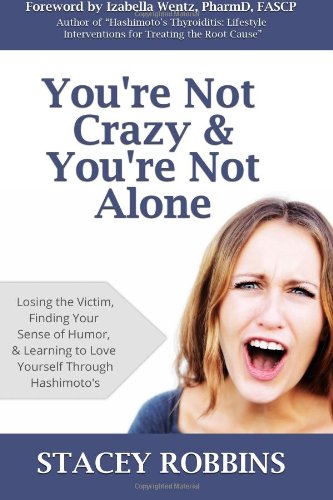 Despite going through early menopause from a thyroid disorder she didn’t identify by name, Kurkova went on to give birth to a son on Oct. 29, 2009.

The weight gain, panic attacks and premature menopause that Kurkova described do not point to a single thyroid diagnosis, according to a thyroid specialist not involved in her care. “The totality doesn’t fit into one, neat little package,” said Dr. Robert McConnell, co-director of the New York Thyroid Center at New York-Presbyterian/Columbia University Medical Center.

For example, he said, Kurkova’s 30-pound weight gain isn’t what’s commonly associated with an under-active thyroid gland. Weight gain caused by hypothyroidism, in which the thyroid gland produces too little thyroid hormone, is typically modest, “maybe five to six pounds, and it’s typically half-fat, half-water,” McConnell said. “People whose thyroid function low, gets puffy and waterlogged. Their hands are puffy, their feet are puffy and their face is puffy,” he said. They also may have cold intolerance, achiness and feel sluggish and depressed.

Although weight gain and early menopause in a young woman suggests low thyroid, the panic attacks Kurkova mentioned are more commonly associated with a disorder at the other end of the thyroid dysfunction spectrum, called hyperthyroidism, in which an overactive thyroid gland produces too much thyroid hormone. That tends to drive weight loss, typically 5 to 10 pounds, McConnell said. Patients with overactive thyroids may feel anxious, sweaty and restless.

The butterfly-shaped thyroid gland lying at the base of the neck is a complex organ, serving as a master control for many processes in the body, including metabolism, bone growth and regulation of body temperature. Diseases of the thyroid are intricately associated with reproductive issues in many stages of a woman’s life and are among the most common medical conditions in women, increasing with age.

In girls and young women, thyroid dysfunction can produce delayed or irregular menstrual periods. McConnell noted that as recently as the 1970s, when he was in medical school, “teenage girls who had delayed menarche (onset of menstruation) were often given thyroid hormone just to stimulate the period. It was just done empirically,” he said. 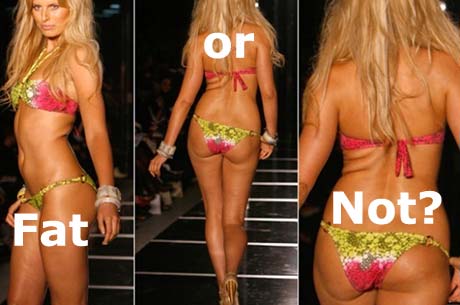 This Title is Crazy….She is absolutely beautiful and stunning, at ANY size!

The bodies of young women with eating disorders frequently don’t produce the sex hormones necessary for monthly menstrual periods or ovulation; at the same time, their bodies sense starvation and turn down or turn off the thyroid gland to conserve energy, slowing the heart rate, digestion and lowering body temperature. These issues are particularly relevant in the modeling business, where young women may reduce their calories to dangerously low levels in the pursuit of highly-prized thinness.

Women may become aware of thyroid issues when they’re trying to become pregnant. “Thyroid conditions can cause infertility,” said Dr. Loren W. Greene, an endocrinologist at NYU Langone Medical Center. “One of the oldest treatments for infertility…before doctors could measure thyroid function…was to empirically give people thyroid pills and see if it helped. Sometimes it seemed to work.”

Thyroid problems in women who do become pregnant can increase the risks of miscarriage or premature birth and may be associated with Down syndrome in the child.

Not only can thyroid problems produce early menopause in young women, but they sometimes are mistaken for menopause among women in their 40s. Greene said she’s particularly concerned about “the woman who stops having periods in her 40s and goes undiagnosed for thyroid conditions which could probably correct her period.” 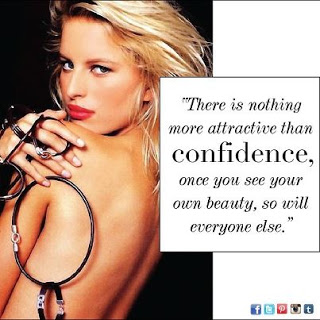 “I was 24 and going through menopause – that was one of my side-effects,” she explained at the CFDA’s A Well Balanced Life panel discussion on Tuesday. “I thought I was going crazy. I was having panic attacks every minute and I didn’t know what was happening, because I’ve been a healthy person. I’ve exercised all my life. I’ve always eaten well and taken care of myself.”

Here are just some of the symptoms she described:
-30 pound weight gain
-Premature onset of menopause
-Panic Attacks

Premature menopause, also called premature ovarian failure, occurs rarely among women in their mid-20s, but is not unheard of, McConnell said. It can be due to an autoimmune disorder that attacks the ovaries and prevents the patient from becoming pregnant. The autoimmune attack can be associated with low thyroid function or with an inflammation of the thyroid gland called chronic thyroiditis or Hashimoto’s disease.

Greene cautioned that within the population of models who may be excessively dieting, “it’s much more likely if you’re not having periods and you’re that skinny that the association has to do with…not having enough body fat to put out sex hormones to have normal periods.”

A woman who develops menstrual irregularities or experiences weight changes that cannot be explained should consider having her thyroid checked. That’s easily done with blood tests that measure the level of thyroid-stimulating hormone (TSH), which is “usually the first sign of an underactive or overactive thyroid,” Greene said.

Patients with low thyroid levels can take daily thyroid supplement pills. Those with excessive levels may be given prescription medications that interfere with the formation of thyroid hormone. Some diagnosed with hyperthyroid conditions like Graves’ disease may be treated with radioactive iodine that is absorbed by the thyroid gland and kills it. Afterward, the patient must take daily thyroid supplements to restore normal levels of thyroid hormone.

Jane E. Allen is a longtime journalist. She’s specialized in reporting news and trends in health, medicine and science for a variety of media, including ABC News.com, the Los Angeles Times, the Associated Press, public radio and several magazines. In 2012, she won a Michael E. DeBakey Journalism Award for an ABCNews.com story tied to an on-air piece about how cutting-edge canine cancer care can accelerate human medical advances. Her specialties include: Slicing through complex detail to make health and medical information accessible to general audiences; helping others navigate the medical system; writing and editing; public speaking; writing coaching; proofreading.

Questions or anything to add about menopause and the thyroid? We want your thoughts, please. You might just help someone else in need.